Ten Most Popular Anti-cancer Drugs In 2021

In view of the complexity of cancer treatment and peoples needs, the market prospects of anti-tumor drugs are broad. Many… 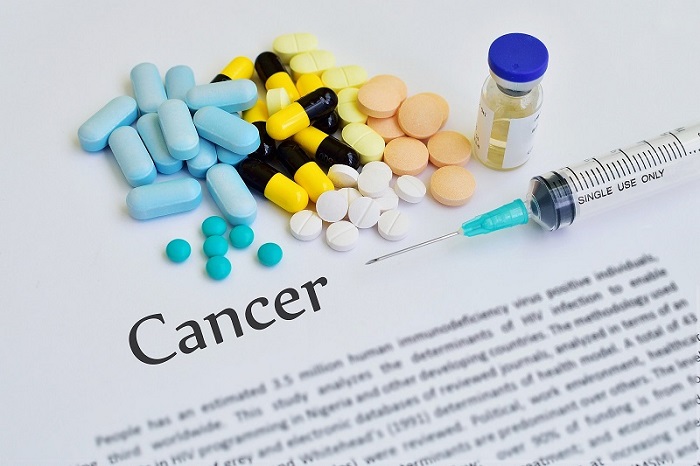 Pembrolizumab (commonly known as drug K) is also a PD-1 antibody, which has been approved by the FDA for 24 tumor indications. In February 2018, it became the first-line therapy for renal cell carcinoma. In September of the same year, Keytruda entered the Chinese market and achieved breakthrough growth in sales. It is expected to reach US$16.8 billion in 2021, which is comparable to the global "king of medicine" - HUMIRA (sales of US$19.832 billion in 2020).

Lenalidomide is a medication used to treat multiple myeloma (MM) and myelodysplastic syndromes (MDS). The original research drug of lenalidomide was developed by Celgene and later acquired by BMS, which belongs to immunomodulatory anti-cancer drug.

Ibrutinib is a type of drug called a tyrosine kinase inhibitor (TKI) and belongs to a group of targeted therapy drugs known as cancer growth inhibitors. It was jointly developed by Pharmacyclics (later acquired by AbbVie) and Johnson & Johnson. In 2013, it was approved by the US FDA for marketing. In 2017, it was approved by the Chinese CFDA for marketing. Approved indications include: lymphoma, pancreatic cancer, leukemia, central system tumors, myeloma, gastrointestinal cancer, non-small cell lung cancer, renal cell carcinoma, etc.

Since its approval, the global sales of Imbruvica have soared, becoming one of the fastest-growing anti-cancer drugs in sales. From US$692 million in 2014 to US$9.442 billion in 2020, it ranks No. 4 in the global drug sales list in 2020, and No. 2 in small molecules (No. 1: Lenalidomide), becoming top selling of tinib drugs.

Nivolumab (commonly known as O drug) is a medication used to treat a number of types of cancer. It is the second FDA-approved systemic therapy for mesothelioma and is the first FDA-approved immunotherapy for the first-line treatment of gastric cancer. Nivolumab is the first PD-1/PD-L1 inhibitor to be marketed and the first PD-1 monoclonal antibody to be marketed in China. To date, there are 9 tumor indications have been approved by the FDA: malignant melanoma, non-small cell lung cancer, head and neck cancer, renal cell carcinoma, classic Hodgkin’s lymphoma, urothelial carcinoma, colorectal cancer, gastric cancer, hepatocellular carcinoma cancer.

According to the 2018 Bristol-Myers Squibb financial report, Odivo sold $6.735 billion, accounting for 30% of Bristol-Myers Squibb's total revenue. O drug took the lead in occupying the cancer market by virtue of its first-run advantage. However, in the 2018 drug fight between PD-1 and PD-L1, it was overtaken by K drug. 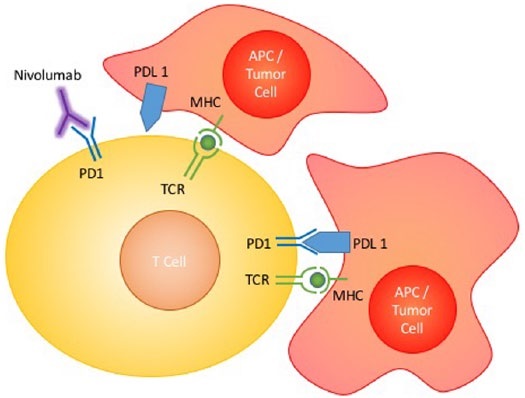 Mechanism of action of nivolumab

Bevacizumab is a medication used to treat a number of types of cancers and a specific eye disease. It is an angiogenesis inhibitor and the first drug approved in the United States to inhibit tumor angiogenesis. Approved indications include: rectal cancer, non-small cell lung cancer, glioblastoma, renal cell carcinoma, cervical cancer, ovarian cancer, peritoneal cancer, etc.

In 2018, Avastin's sales were US$7.141 billion (source: IMS database). Due to a wide range of indications and good curative effects on a variety of tumors, the annual revenue exceeded US$1 billion in the first complete annual sales revenue after the launch, and the annual sales volume has been hovering around US$7 billion since 2013. 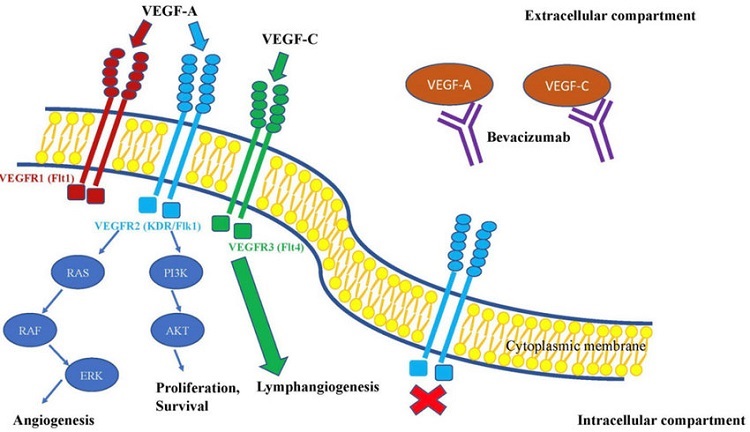 The effect of bevacizumab on VEGF signalling pathway

Palbociclib is an oral CDK4/6 (cyclin-dependent kinase) inhibitor, combined with letrozole has become the first-line therapy for patients with ER+ /HER2- breast cancer. To date, four CDK4/6 inhibitors are available worldwide, of which only Trilaciclib is in Phase III clinical trials for Triple-Negative Breast Cancer (TNBC).

Ibrance was approved for listing in February 2015, it is the first listing drug of its kind. Since its listing, sales has a rapid growth year after year, with US$700 million in 2015. By 2020, sales revenue has reached US$5.392 billion. Palbociclib is expected to have a positive market position in breast cancer after Roche's trastuzumab.

Rituximab is the first monoclonal antibody to treat cancer, and it has a wide range of approved indications, including non-Hodgkin’s lymphoma, chronic lymphocytic leukemia, rheumatoid arthritis, Wegener’s granulomatosis, and microscopic polyangiitis etc.

Rituxan's annual sales in 2019 were US$6.5 billion, a decline from US$6.9 billion in 2018. Since the drug's key patent for the treatment of blood cancer has expired in the United States at the end of 2018, it is predicted that the sales of Rituxan in 2021 will continue to decline.

Enzalutamide is an androgen receptor inhibitor used to treat metastatic castration-resistant prostate cancer (mCRPC). It was first described in 2006, and was introduced for the treatment of prostate cancer in 2012. Enzalutamide was first approved by Canada in 2013 for use in male patients with mCRPC who had received previous chemotherapy (docetaxel).

In 2019, the global sales of enzalutamide was US$4.3 billion, which greatly surpassed the global sales of Johnson & Johnson's Abiraterone and is a well-deserved super blockbuster in the current prostate cancer market. In November 2019, enzalutamide was approved by the NMPA to enter China. In December 2020, the mCRPC indication of this product entered the national medical insurance list through negotiation.

Pertuzumab is a prescription medicine approved for use in combination with trastuzumab (brand name: Herceptin) and docetaxel in people wh have HER2-positive breast cancer. Its sales in 2018 increased by 16.3%, bringing Roche's revenue of US$4.118 billion. Through the combination therapy with Herceptin, Perjeta increased the sales of Herceptin (trastuzumab) by 10%.

Since Herceptin was listed in the United States in 1998, sales have been rising steadily, reaching $7.3 billion in 2018. However, due to the expiration of patents and the impact of biosimilar drugs, sales have gradually declined after 2018.

In 2017, Herceptin entered the national medical insurance list through negotiations, and the price dropped from the highest price of 24,500 yuan to 7,600 yuan (440mg/20ml/bottle). The burden of medication for cancer patients was greatly reduced, and the demand for clinical medication was greatly released. In addition, due to the large patient population in China, the market space for trastuzumab is still broad.