Sitagliptin, the first oral DPP-4 inhibitor to be marketed for treating Type 2 Diabetes

Sitagliptin is one of the most successful small molecule drugs in recent years. Sitagliptin succeeded in breaking $100 million in sales the year after its launch ($668 million in 2007) and $1 billion in the third year of its launch (nearly $1.4 billion in 2008). According to fiercepharma, sitagliptin and its combination reached $5.3 billion in sales in 2020, accounting for 60% of the global DPP-4 inhibitor market. Sitagliptin has been so successful because of the advantages in terms of efficacy and adverse effects on the one hand, and the successful development strategy of Merck on the other.

Mechanism of Action of DPP-4 Inhibitor

Dipeptidyl peptidase 4 (DPP-4) inhibitors, known as gliptins, are are a class of oral hypoglycemics for treating type 2 diabetes. 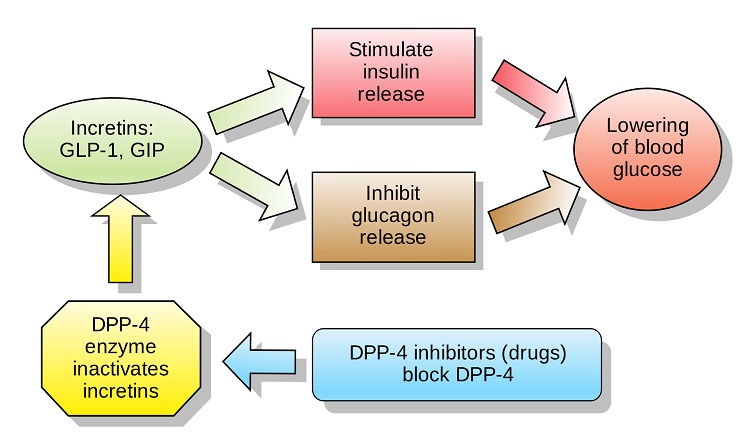 GLP-1 is a hormone produced and secreted by intestinal enteroendocrine L cells and certain neurons upon food consumption, which decreases blood glucose by enhancing insulin secretion, reducing glucagon concentrations, and delaying gastric emptying. It has a half-life of fewer than 2 minutes due to rapidly degraded primarily by DPP-4, neutral endopeptidase 24.11 (NEP 24.11) and renal clearance. GIP is a inhibiting hormone produced and secreted by neuroendocrine K-cells. Its half-life is approximately approximately 7 and 5 minutes in healthy individuals and patients with type 2 diabetes, respectively

During a meal,, these incretins are released within minutes, and DPP-4 inactivates and catalyzes these hormones immediately. By inhibiting the DPP-4 enzyme, DPP-4 inhibitors slows their inactivation, thereby increasing the levels of GLP-1 and GIP, which in turn lower plasma glucose levels. 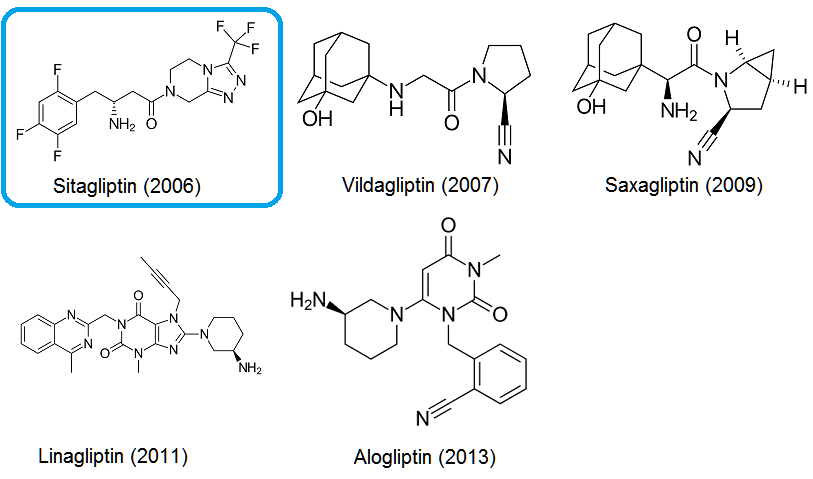