In recent years, the development of stem cells in China is in full swing, and diabetes, as an important application direc…

In 1998, James Thomson, an American scientist, isolated embryonic stem cells from human blastocysts for the first time and successfully established a human embryonic stem cell line. Since then, it has become possible to obtain a variety of human functional cells in vitro, thus opening a new era of stem cell regenerative medicine.

In recent years, the development of stem cells in China is in full swing, and diabetes, as an important application direction of stem cells, has attracted great attention. A total of 208 diabetes-related stem cell therapy clinical trials are being conducted worldwide, including 42 registered projects in China, mainly involving the treatment of type 1 diabetes, type 2 diabetes, diabetic vasculopathy, neuropathy, diabetic foot and other complications. 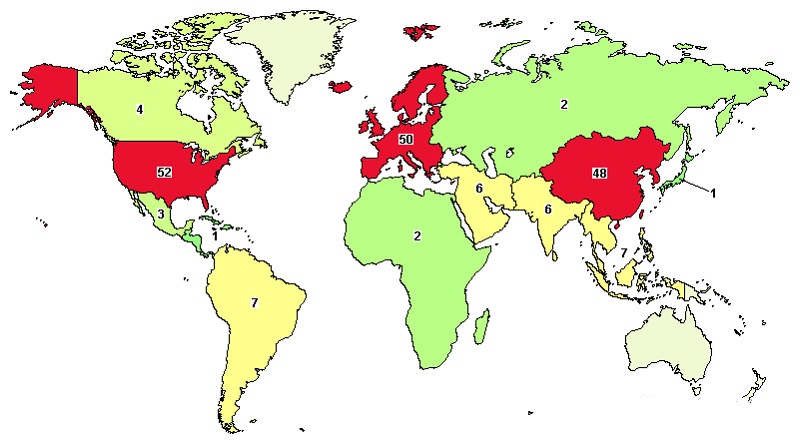 At present, there are two main strategies for stem cell application in diabetes.

The first strategy is to transplant insulin-producing cells. First, pluripotent stem cells (including embryonic stem cells and induced pluripotent stem cells) are directed to differentiate into insulin-producing cells with insulin-secreting function, which are then wrapped with an immune isolation device and transplanted into diabetic patients to reconstruct insulin-secreting function in diabetic patients.

In 2006, some scholars established a research strategy of "simulating pancreatic development in vivo/inducing pancreatic differentiation in vitro". For the first time, the differentiation of embryonic stem cells (ESCs) into insulin-producing cells was achieved through directional induction, and human ESC-derived islet-like β cells were obtained. When transplanted under the renal capsule of diabetic rats, it was found that the blood sugar of diabetic rats was significantly decreased, and the incidence of complications was significantly reduced. Studies have confirmed that the insulin-producing cells obtained from induced pluripotent stem cells (iPSCs) have reached the level of normal human pancreatic islets and have good clinical application prospects.

Another important application strategy is the direct transplantation of adult stem cells. In 2016, a meta-analysis evaluated the effectiveness of various stem cell treatments for diabetes. The article included 22 stem cell-related studies. The analysis found that a considerable number of patients with type 1 diabetes could discontinue insulin after hematopoietic stem cell therapy, and 58% of them could discontinue insulin for more than 16 months.

Efficacy Analysis of Stem Cells In The Treatment of Diabetes

As far as some of the published clinical studies in China are concerned, there are great differences in the types of transplanted cells and selection criteria. Including but not limited to: autologous hematopoietic stem cell (HSC) transplantation for the treatment of type 1 diabetes, umbilical cord mesenchymal stem cells (UC-MSCs) for the treatment of type 1 diabetes, type 2 diabetes and diabetic foot, etc.

Among them, in the autologous hematopoietic stem cell transplantation for the treatment of type 1 diabetes, 12 of the 18 patients discontinued insulin after surgery, and the levels of fasting C-peptide and 2-hour postprandial C-peptide increased significantly after surgery and could be maintained for 1 year. The insulin use of the patients was reduced to varying degrees.

UC-MSCs also perform well in type 2 diabetes. After UC-MSCs infusion treatment, the fasting and postprandial blood glucose of the patients were significantly reduced, and the insulin resistance was significantly improved.

After angioplasty, patients with diabetic foot were given UC-MSCs infusion therapy. After 3 months, the skin temperature of the treatment group was increased, and the evaluation indicators such as ankle-brachial index, transcutaneous oxygen partial pressure, and claudication distance were significantly improved, the new blood vessels increased significantly, and the ulcers healed in whole or in part.

A further mechanism of mesenchymal stem cell transplantation is the improvement of insulin resistance and impaired β-cell function through its powerful paracrine effect.

In 2012, the Mu Yiming's team first proposed in an article titled Infusion of Mesenchymal Stem Cells Ameliorates Hyperglycemia in Type 2 Diabetic Rats which published in Diabetes that the mechanism of MSCs in the treatment of diabetes involves not only the protection of islet beta cell function by stem cells, but also the improvement of insulin resistance in diabetic patients.

The study observed that the protective effect of MSCs infusion treatment on islet β cells in early diabetes model was significantly stronger than that in advanced diabetes, but the effect of promoting β cell regeneration was limited. The study also found that MSCs infusion increased glucose infusion rate, decreased hepatic glucose release, and significantly improved insulin sensitivity in diabetic animals.

After further study, it was found that MSCs could act on several processes including autophagy and macrophage polarization through secretion effect.

At present, the field of stem cells is in the stage of breakthrough development, and it also faces many challenges. First, stem cells come from a wide range of sources, but cell preparation standards and evaluation systems require national standards, although there are already various group standards. Second, in the clinical research and exploration of stem cell therapy, issues such as efficacy and safety, as well as treatment timing, long-term efficacy, and adaptation to the population, have not been well resolved. Third, the regulatory mechanism in the industry is not yet perfect.

It is believed that in the near future, with the joint efforts of experts, scholars and regulatory agencies in the field, we can overcome difficulties and make stem cell therapy have a great effect in the field of diabetes.