Metformin, The Next "Miracle Drug" After Aspirin

In this article, metformin is introduced from the development history, pharmacological properties, molecular mechanism of…

Metformin, a guanidine derivative originally extracted from the plant Galega officinalis (French clove), has been used as a human hypoglycemic drug for over 60 years. According to American Diabetes Association (ADA) guidelines, metformin is the recommended first-line drug for the treatment of type 2 diabetes (T2D). In recent years, studies have found that metformin can also be used to treat cancer, obesity, non-alcoholic fatty liver disease (NAFLD), polycystic ovary syndrome (PCOS) and metabolic syndrome, and has certain anti-aging and bone protection effects. The various effects of metformin may be the result of its interaction with various enzymes. In this article, metformin is introduced from the development history, pharmacological properties, molecular mechanism of action and its clinical application.

The history of metformin dates back to the 17th century, when it was discovered that the leaf extract of Galega officinalis, a French clove, can be used to treat plague, fever, snake bites and other ailments. In 1653, Culpeper proposed in Complete Herbal that G.FFicinalis had hypoglycemic properties in animals, but it was not suitable for human beings because of its toxicity. The chemical synthesis of guanidin was first described by German chemist Adolph Strecker in 1844 -- 1861. The synthesis of biguanides was carried out in 1878 -- 1879 by the German chemist Bernhard Rathke. In 1922, Werner and Bell achieved the synthesis of metformin and metformin. In 1929, researchers demonstrated that metformin injected into rabbits effectively lowered blood sugar, paving the way for metformin to be used as a first-line treatment for type 2 diabetes (T2D) in humans. In 1957, French doctor Jean Sterne took the milestone step of using metformin to treat diabetes. However, due to the risk of lactic acidosis, the FDA announced the discontinuation of metformin on November 15, 1978. Metformin was officially approved for use in the United States in 1995.

Figure 1 The development history of metformin

The structural formula of metformin is C4H11N5 and its molecular weight is 129.16 g/mol. Metformin for clinical use is synthesized from dimethylamine chloride and dicyandiamide. Metformin hydrochloride is a white powder at room temperature with a melting point of 223-226℃, and its solubility in water can be up to 200g/L. After oral administration, metformin is absorbed mainly in the proximal small intestine (duodenum and jejunum). The absolute bioavailability of metformin hydrochloride orally is relatively low (about 50-60%), and ingestion reduces the degree of drug absorption and slightly delays its rate of absorption. Notably, metformin is not metabolized by the liver.

The primary method of elimination of metformin is rapid excretion through the kidneys. Therefore, patients with renal impairment need to adjust the dosage of metformin. The most common side effect of metformin is its gastrointestinal reaction, which can cause flatulence, diarrhea, nausea, vomiting and cramps. These symptoms are most common when metformin is used for the first time or at high doses. This side effect can be avoided by starting at a low dose and gradually increasing the dose or by using a sustained-release formulation. The most serious adverse effect of metformin is lactic acidosis, a rare complication that appears to be associated with liver and kidney damage in the vast majority of cases. In addition, high dose and long-term use of metformin can increase the incidence of vitamin B12 deficiency.

Figure 2 Chemical structure, pharmacological properties and side effects of metformin

Mitochondrial dysfunction is associated with many chronic diseases, including diabetes. Metformin has weak mitochondrial toxicity and can inhibit complex I, thereby reducing the ATP/AMP ratio, which in turn increases AMP levels leading to the activation of AMPK. Zhou et al. (2001) first demonstrated that metformin activated AMPK in rat hepatocytes at concentrations of 10 and 20μM. AMPK is a key regulator of many metabolic functions, including enhanced glucose uptake, increased glycolysis, fatty acid oxidation and mitochondrial biogenesis, while reducing gluconeogenesis, glycogen synthesis, protein synthesis and proliferation, and reduced fatty acid and cholesterol synthesis. Many studies have confirmed that metformin releases GLP-1 through AMPK-dependent action, promotes insulin secretion, and inhibits glucagon secretion.

In a meta-analysis, metformin-treated diabetics were found to have a 31% reduction in cancer incidence and a 34% reduction in cancer mortality after adjusting for body mass index. Further evidence suggests that metformin may also have an adjunctive effect in patients undergoing chemotherapy. Insulin and IGF-1 are both potential growth factors that stimulate cell survival and mitosis, and their receptors are expressed in many cancer cells, including breast, liver, colon, pancreatic, and skin cancers. Treatment with metformin may reduce serum insulin and IGF-1 levels, thus reducing the stimulation of tumor growth. In addition, the activation of LKB1/AMPK signaling by metformin inhibited aerobic glycolysis and induced tumor cell death. The risk of malignant transformation of cancer cells can be reduced by regulating AMPK activation dependent fatty acid synthesis. It can target pro-inflammatory cytokines in the tumor microenvironment and regulate the immune microenvironment of cancer cells. 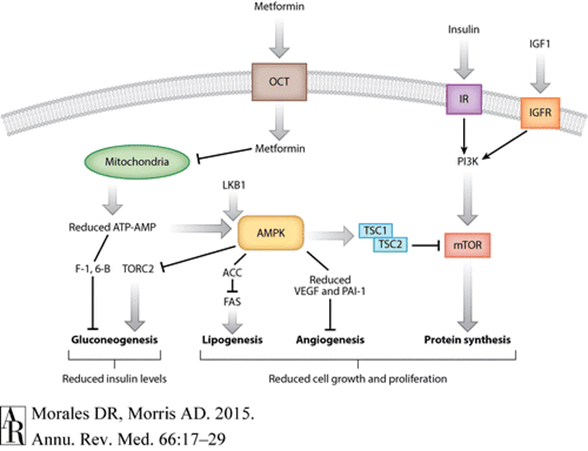 Figure 5 Mechanism of action of metformin in cancer

The lifespan-extending effects of metformin in Caenorhabditis elegans (C. elegans) were first reported in 2010. This study shows that metformin extends the life of C. elegans by activating AMPK/LKB1/Nrf2 signaling. SIRT1 plays a crucial role in the regulation of growth, stress response and aging, and metformin can prolong lifespan by activating SIRT1. Metformin may also indirectly affect the epigenome by regulating metabolite levels, altering histone and DNA-regulating enzyme activities, thus regulating the aging process. Lysosomes and lysosome-related organelles play an important role in regulating aging and longevity, and metformin appears to have the potential to affect mitochondrial, lysosomal function, cell signaling, and inflammatory responses by regulating lysosomal metal homeostasis (e.g., copper, zinc, and iron).

Figure 6. Effects of metformin on model organisms and human lifespan

As the most widely used T2D drug in the world, metformin has been used in clinical practice for more than 60 years. Numerous studies and clinical trials have shown that metformin alone or in combination with other hypoglycemic agents can effectively treat T2D. In 1991, Hermann and colleagues reported that metformin restored fasting blood glucose (FBG) in patients with non-insulin-dependent diabetes mellitus (NIDDM). In a 1995 study by Ra DeFronzo, metformin monotherapy was shown to improve glycemic control and lipid concentrations and to reduce fasting glucose and glycosylated hemoglobin in a dose-dependent manner in patients with NIDDM. In recent years, several studies have shown that the combination of metformin with other drugs is superior to that of metformin alone. Drugs used in combination with metformin include glibenclamide, troglitazone, insulin, dipeptidyl peptidase 4 (DPP4) inhibitors, sodium-glucose cotransporter-2 (SGLT2) inhibitors, and glucagon-like peptide 1 (GLP1) receptor agonists.

Osteoporosis (OP), osteoarthritis (OA) and intervertebral disc degeneration (IVDD) are the major degenerative bone diseases, all associated with aging. There is growing evidence that metformin plays a beneficial role in the treatment of degenerative bone diseases. Metformin improves bone metabolism caused by glucocorticoid overexposure by inhibiting bone resorption and stimulating bone formation in trabecular bone. It protects articular cartilage by activating AMPK pathway, delays the onset and progression of OA, and reduces OA-related pain sensitivity in injury-induced OA models in mice and primates. By inhibiting cell senescence and inflammatory response in nucleus pulposus and annulus fibrosus, the intervertebral disc degeneration in rats was improved and local mechanical hyperalgesia was reduced.

A study by Bodmer et al. showed that long-term use of metformin reduced the risk of breast cancer in women with T2D, and this protective effect was related to the type of breast cancer and the patient's hormone levels. Metformin reduced the level of serum estradiol and inhibited the development of breast cancer. Multiple clinical studies have reported that the use of metformin in patients with T2D not only reduces the risk of colorectal cancer, but also improves survival in patients with colorectal cancer. In addition, metformin has been shown to reshape the methylation signature of colon cancer cells, which may contribute to its anti-colon cancer effect. A regression study showed a negative association between metformin use and lung cancer incidence and mortality in lung cancer patients.

NAFLD includes a variety of liver lesions, including steatosis, non-alcoholic steatohepatitis (NASH), cirrhosis, and may progress to hepatocellular carcinoma (HCC). Obesity, insulin resistance, and especially T2D are major factors in the development of NAFLD and NASH. For this reason, NASH is called "diabetic liver disease." The benefits of metformin in inhibiting liver gluconogenesis, altering liver fatty acid metabolism (including inhibition of adipose tissue liposolysis), improving fatty acid oxidation, inhibiting lipogenesis and enhancing insulin sensitivity have been well recognized. The beneficial effects of metformin on liver histology in NAFLD/NASH patients have been reported in recent years.

Polycystic ovary syndrome (PCOS) is one of the most common endocrine disorders associated with reproductive and metabolic disorders, affecting 9% to 18% of women. Manifestations of PCOS include infertility, obesity, inappropriate gonadotropin secretion, pregnancy complications, cardiovascular disease, and psychological problems. Studies in the 1990s have shown that metformin can reduce insulin resistance, increase ovulation, and improve the prognosis of women with PCOS undergoing assisted reproductive technology. When combined with lifestyle interventions, metformin can be more effective in treating PCOS.

Metformin is an old drug with miraculous effects, acting differently in a variety of tissues, but many mechanisms remain to be elucidated. More clinical evidence is needed before the therapeutic application of metformin can be expanded to treat diseases other than diabetes.