HER2 and Trop2 are the most widely used targets for ADC drugs.

Antibody-Drug Conjugates (ADCs) are drugs that conjugate monoclonal antibodies to different numbers of small molecules of cytotoxic agents (effector molecules) through chemical linkers. ADC combines the potent cytotoxicity of small molecule drugs with the selectivity of monoclonal antibodies and a favorable pharmacokinetic profile. Currently, 15 therapeutic ADCs received marketing approval. They target a variety of disease markers, of which HER2 and Trop2 are the most widely used targets for ADC drugs.

Human epidermal growth factor receptor 2 (HER2) is a transmembrane receptor for tyrosine kinases and a member of the epidermal growth factor receptor (EGFR) family, which also includes Her1 (EGFR), HER3 and HER4. All four members regulate cell proliferation and differentiation through ligand-dependent or independent forms of homo- or heterodimerization activity. Unlike the other three members, HER2 is the only receptor that can form a dimer with any of the other members, thereby triggering a signaling pathway that regulates cell proliferation and survival. HER2-targeted therapy has significantly improved the prognosis of HER2-positive breast and gastric cancers.. 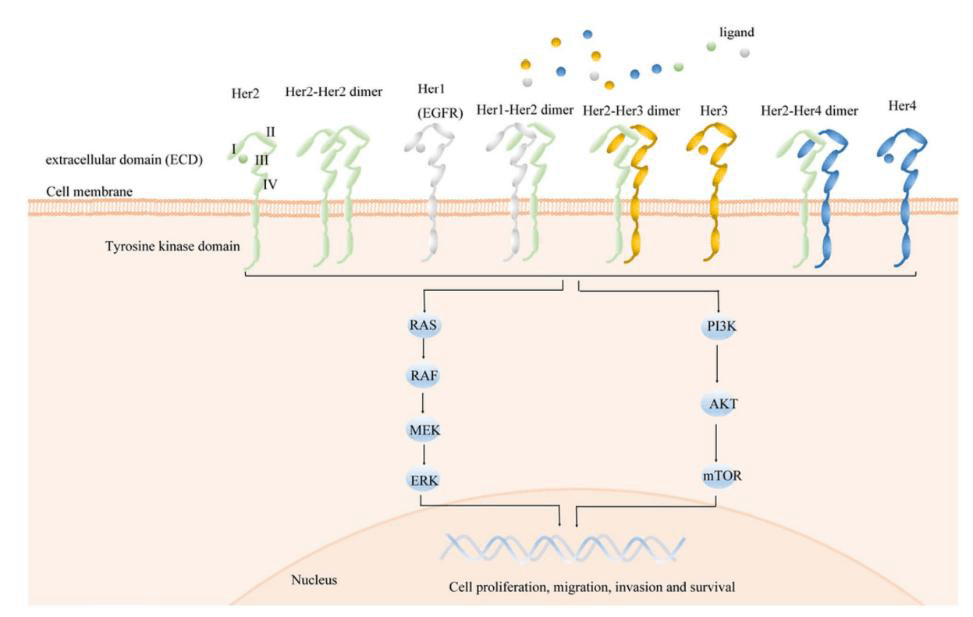 Figure 1. Mechanism of action of HER2, source: reference 1

There are currently more than 30 ADC drugs targeting HER2 in the clinical phase worldwide, with three already approved for marketing.

▶ T-DM1 (Kadcyla) was the first FDA-approved HER2-targeted ADC drug for the treatment of advanced HER2+ breast cancer and was also approved for use in early-stage, high-risk patients with residual disease after neoadjuvant therapy.

▶ In 2021, RC48 (Disitamab Vedotin) was approved in China for the treatment of patients with locally advanced or metastatic HER2 overexpressing gastric cancer who have received at least two forms of systemic chemotherapy. 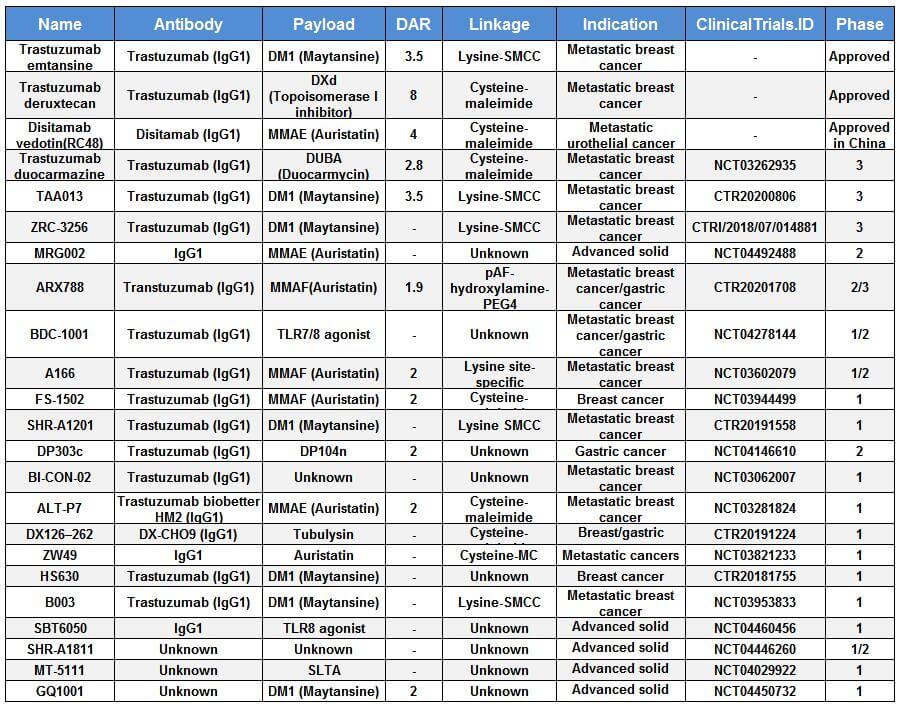 Figure 2. List of anti-Her2 ADCs in clinical trials or on the market, source: reference 1

Several anti-HER2-targeted ADCs at the forefront of development have demonstrated excellent antitumor activity in the treatment of breast cancer, and in addition, some of them have shown significant clinical benefit in other HER2-positive cancers.

▶ DS-8201 achieved significant improvements in the treatment of patients with metastatic breast cancer and HER2-positive gastric cancer. In the phase II clinical trial, patients with metastatic breast cancer achieved an objective response rate (ORR) of 60.9%, progression-free survival (PFS) of 16.4 months and overall survival (OS) of 12 months. Patients with HER2-positive gastric cancer also experienced significant clinical benefit from DS-8201, with an ORR of 43.2%, disease control rate (DCR) of 79.5% and PFS of 5.6 months. In HER2-mutant non-small cell lung cancer, the ORR was 72.7% and the median PFS was 11.3 months.

Tumor-associated calcium signal transducer 2 (TROP2) is a glycoprotein that in humans is encoded by the TACSTD2 gene. It is a 36 kDa transmembrane protein consisting of 323 amino acids and four N-linked glycosylation sites.

High expression of Trop2 plays a key role in the growth of tumor cells and is associated with aggressive disease and poor prognosis. TROP2 was first described in 1981 as a protein highly expressed on the surface of trophoblast cells but later on revealed to play complicated roles in cancer cell growth, proliferation, migration, invasion and survival. Its overexpression was demonstrated in various tumor types and correlated with unfavorable prognosis and increased risk of metastasis, including breast, lung, urothelial, gastric, colorectal, pancreatic, prostatic, cervical, head and neck, and ovarian carcinomas. 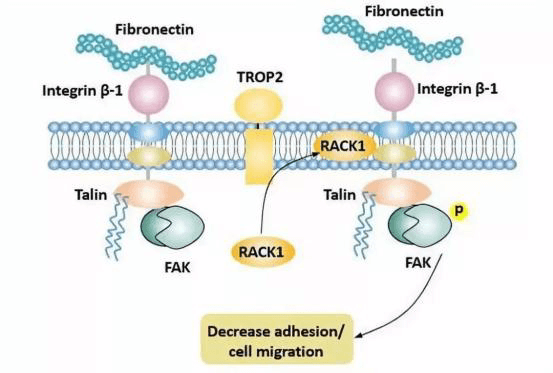 Currently, only one Trop2 ADC has been approved for marketing worldwide, but several preclinical products are already advancing, and international transactions around Trop2 ADCs are in full swing. The future competitive landscape of the Trop2 ADC market is worth looking forward to.

▶ A hydrolyzable linker, with a short PEGylated unit.

▶ A topoisomerase I inhibitor, SN‐38, DAR=7.4. Among them, SN-38 is the bioactive metabolite of Irinotecan, which can effectively inhibit DNA synthesis and cause DNA single-strand breakage. Compared with microtubule inhibitors, SN-38 has a shorter half-life and is less likely to accumulate in vivo; at the same time, since the number of intracellular targets of microtubule inhibitors far exceeds that of DNA inhibitors, DNA inhibitors are expected to exert better cell killing effects with the same number of warheads entering the cell.
Note: PEG derivatives are one kind of the most widely used linkers in targeted therapy with many features, such as high-usage rate, targeting, regulating PH value, etc.Huateng Pharma offers a variety of PEG linkers to facilitate antibody-drug conjugate (ADC) development projects. All PEG linkers are of >95% purity and they are the basic building blocks for a successful ADC.

▶ A topoisomerase I inhibitor, DXd，DAR=4. DXd is an innovative DNA topoisomerase inhibitor that is 10 times more active than Irinotecan (SN-38) and interferes with DNA replication, recombination and gene expression. However, DS-1062 is designed with only a DAR of 4, which is significantly lower than the DAR of 8 of DS-8201. Trop2 is also expressed in healthy cells, so the therapeutic-window is relatively narrow and the payload ratio needs to be reduced. 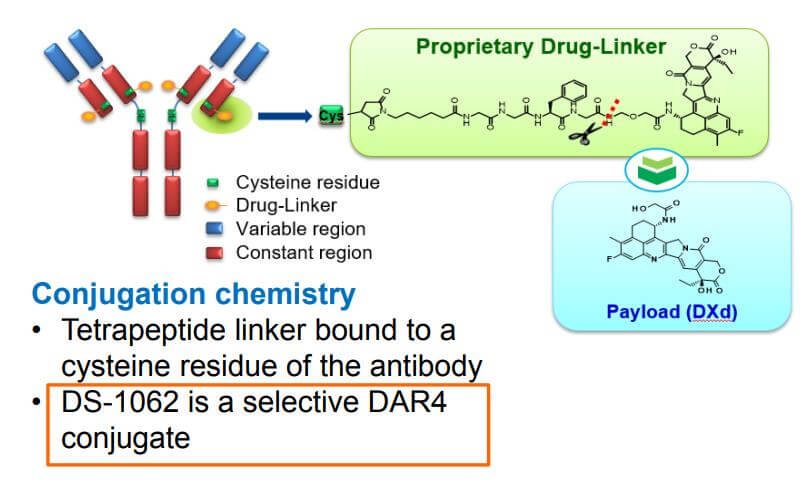 Advanced non-small cell lung cancer: the 6 mg/kg dose group of DS-1062 achieved an objective remission rate of 21%, with a disease control rate of 67% and a PFS of 8.2 months.

Based on AstraZeneca/Daiichi Sankyo's exclusive advanced ADC technology, DS-1062 has promising clinical data and is expected to be a leader among Trop2 ADCs.

Decades of efforts from the academia and the industry have led to successful development of a variety of ADC therapies that benefit tens of thousands cancer patients. Now there are dozens of targets for ADC research. Except HER2 and Trop2, there are many other promosing ADC targets. It is believed that, more and more targets will be discoevered for ADC research.